Back in February, we lucked out with a good weather day for flying. We figured we should make the most of it, so we decided to fly to Easton, MD, for lunch. 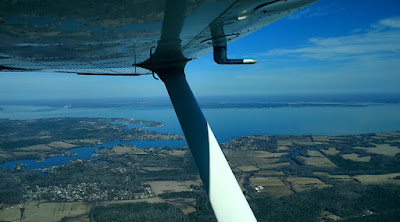 It's not every day that you get nice clear skies like this in the winter! 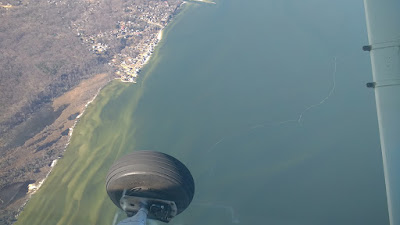 We had to cross the Chesapeake Bay to get there. I thought the patterns in the shallow water were pretty neat. 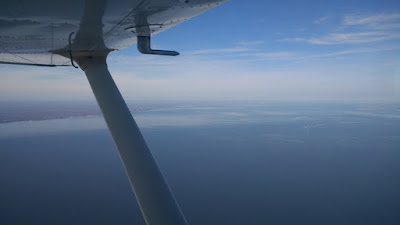 It took a few minutes to cross the bay... 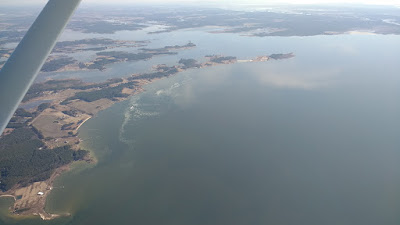 ...and get to Maryland. The water was so cold that you could see patches of ice here and there. 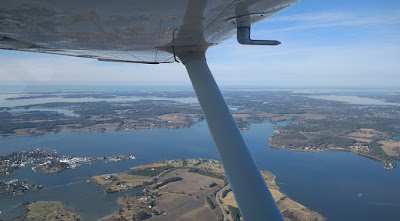 We started our descent... ...and entered the left downwind for Runway 22. 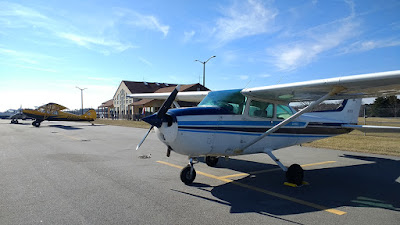 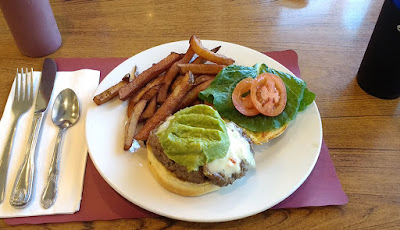 Their cafe always has really tasty stuff. My cheeseburger with guacamole was really good, and it didn't take long for me to inhale everything on the plate. 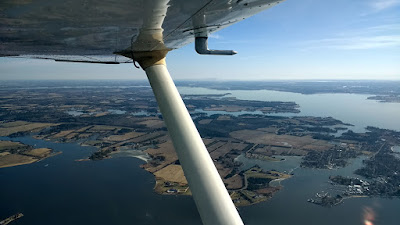 After stuffing ourselves, it was time to head home. We basically retraced our route in reverse. 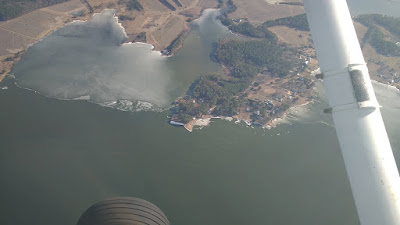 Over the patches of ice... 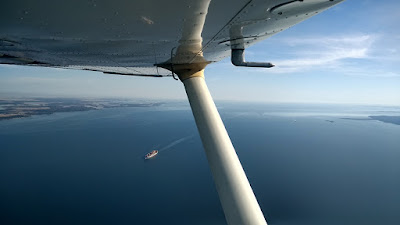 ...over the Chesapeake Bay (I thought the cargo ship was pretty neat)... 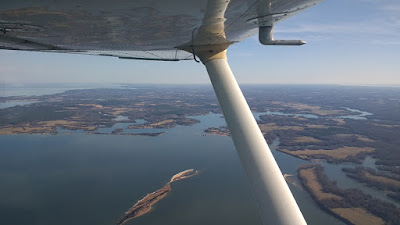 ...then around the restricted airspace before turning west toward Warrenton. 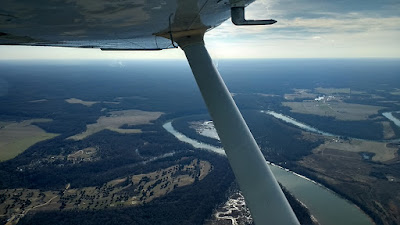 For part of the flight, you can follow the Rappahannock River. If you stay just on the north side of the river, it keeps you clear of all of the restricted airspace in the area.

Everything seemed normal as I set up to land, until I turned base. For some reason, the airplane wasn't descending as fast as it normally would. I figured maybe it was just me being a little rusty since I hadn't flown much lately. The problem continued onto final, and it wasn't until I was less than a half mile out and still too high and fast that I happened to look out the side window and immediately found the problem - my flaps never came down!

The flaps are meant to help you descend at a steeper angle as you come in to land, and without them, it's a little harder to get the plane to slow down and descend (especially if you're not paying attention and don't realize that they never come down). I added power for a go around, re-flew the pattern, and did a no flaps landing (and a very nice one, at that). I taxied back to the hangar with visions of expensive maintenance bills and a new flap motor floating through my head.

Luckily, my hangar neighbor, Gary, was nearby. He's been a mechanic longer than I've been alive, and he's usually my first stop if I'm not sure of something. (I'm very lucky to have him as a buddy!) I asked him if I could pick his brain and explained what happened. 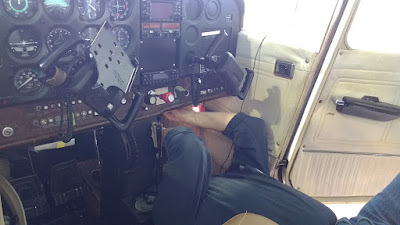 He hopped up under my panel, had me turn on the master switch (battery), then poked at a handful of wires. A bunch of sparks shot out! Turns out the flap motor was fine; it was just a loose wire. Gary found a new screw, tightened everything back up, and we were good to go. It had been a fun day (and a good learning experience)!
Posted by Sarah at 5:39 PM

Email ThisBlogThis!Share to TwitterShare to FacebookShare to Pinterest
Labels: flying